Interviewer: If you were to wake up tomorrow morning, and find yourself at the State Department, not MIT, and you were Secretary, what initiative would you take?

Noam Chomsky: First of all, I’d move towards a genuine disarmament, because I think  the current technical programs that the UnitedStates is pursuing are probably a greater danger to the United States than the policies of any of its enemies. Our new nuclear systems, the MX missile and the Pershing, are probably going to drive the Russians to some kind of launch-on-warning strategy which almost guarantees the destruction of the  United States sooner or later. The first thing I’d do is abort these programs and move toward some genuine disarmament. The  I would move at once to put an end to the American policy of supporting various neo-Nazi monsters all over the world, particularly in Central America,  which is the most striking case, and in other regions. As far as the Middle East is concerned, I’d move toward the international consensus.

However, though I could add a whole range of other policies, I should add this qualification: I couldn’t do any of these things. The fact is that the constraints of parameters within which any policy-maker operates are rather narrow, and they’re set from the outside, they’re set by real interests. The real interests in society are those of the people who own it. Objective power lies elsewhere. Decision-making power does not lie in the political sphere.

Journalist Bernard Fall writing in 1967: “It is Viet-Nam as a cultural and historic entity which is threatened with extinction. While its lovely land has been battered into a moonscape by the massive engine of modern war, its cultural identity has been assaulted by a combination of Communism in the North and superficial Americanization in the South.”

For two of my teachers
I give thanks: 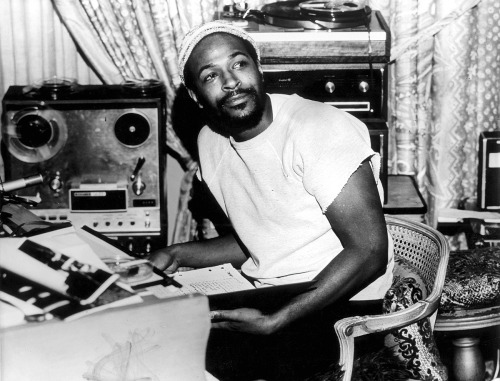 In 1969 or 1970, I began to re-evaluate my whole concept of what I wanted my music to say…. I was very much affected by letters my brother was sending me from Vietnam, as well as the social situation here at home. I realized that I had to put my own fantasies behind me if I wanted to write songs that would reach the souls of people. I wanted them to take a look at what was happening in the world.
–Marvin Gaye

2.
She had first traveled to Vietnam in 1955, glad to see that the U.S. was making good on its aspiration to set the world right. By her second visit in 1963, she had sobered up. Seven years later, she began a stint as foreign correspondent for the New York Times, she had a hard time believing she was in the same country as before.
She had compassion and understanding for the U.S. troops, as she had for the Vietnamese being displaced, bombed, and killed by those same troops.

She knew she had privilege, of course; journalists could come and go, get the big story and give their careers a needed boost.

When she returned to the United States, she was obsessed. She admitted, “Turn the corner, people said to me in a kindly fashion. Forget the war. But I could not stop writing about it.” END_OF_DOCUMENT_TOKEN_TO_BE_REPLACED

We Expect the Germans

“I’d chain all of the politicians to that haunting Vietnam memorial
and have them read—slowly—every name aloud.
Then the war would end for me.

Chain them to the memorial for several days,
if need be, and have them read each name aloud.
Wouldn’t that be something? Justice at last.”

—Adapted from Gloria Emerson, author of Winners and Losers: Battles, Retreats, Gains, Losses, and Ruins from the Vietnam War END_OF_DOCUMENT_TOKEN_TO_BE_REPLACED

I needed to find other women who knew what I knew, and more. I needed to talk to women who had seen unspeakable things, who were without self-pity, who had faced the liars and lunatics, who had survived all of it and, in surviving, made a difference.

After Reading Levertov’s Poem on the 1972 Christmas Bombing

for Andrew Wimmer and Suzanne Renard

Haven’t you had a similar fantasy
Sure, a different decade
A different civilization now being destroyed
Different men (sometimes)
Same crimes
Getting away with mass murder

Mind movies of righteous payback
(But like the Vietnamese woman said:
“The Americans cannot repay this debt
Because it’s too big”)
And after the phantasm runs its course
The daily discipline remains:

END_OF_DOCUMENT_TOKEN_TO_BE_REPLACED

What You Understand Depends on Where You Stand

For Brent Fernandez and Brett Schrewe

Night Flight to Hanoi is an account of Jesuit Daniel Berrigan’s odyssey in late January and early February 1968, when he and historian Howard Zinn traveled to Hanoi as representatives of the American peace movement. Their aim was to bring home three U.S. pilots whom the North Vietnamese had released. The narrative includes his decision to go, the waiting, the arrival, the tours into the grotesque and destructive displays of US military power, the testimonies of Vietnamese humanity and ingenuity, the meeting with the pilots, and the unelaborated denouement when the men are flown home—contrary to the wishes of the North Vietnamese—on a military plane. He and Zinn went in good faith around the world to promote peace between the two countries; the U.S. government, however, violated the agreement.

What is bracing in this account is Berrigan’s journey of solidarity, risk-taking, and accompaniment (example: sitting in the bomb shelters with the Vietnamese). So, what matters after such exposure and confrontation over the course of several days?

Seeing matters: “I have seen the victims. And this sight of the mutilated dead has exerted such inward change upon me that the words of corrupt diplomacy appear to me more and more in their true light. That is to say—as words spoken in enmity against reality.” [22-23] How Berrigan’s Jesuit brother Ignacio Ellacuría stressed over and over the imperative to confront realidad. END_OF_DOCUMENT_TOKEN_TO_BE_REPLACED 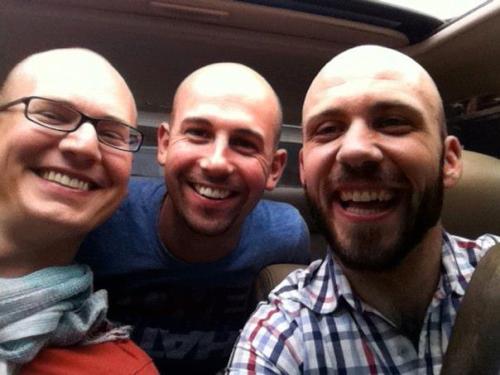 What Catches Our Attention (And What Doesn’t)

Reshma observed
About a group of doctors she works with

To Whom It May Concern,

I had Mr. Robert MacArthur in my Social Justice course from the Department of Theological Studies at Saint Louis University in the fall semester of 2005. He and I have met a couple of times after that course and we have exchanged occasional correspondence when he no longer lived in St. Louis. END_OF_DOCUMENT_TOKEN_TO_BE_REPLACED

Share the Wealth –The War on Journalism: The Case of Julian Assange, A Film by Juan Passarelli

Journalists are under attack globally for doing their jobs. Julian Assange is facing a 175 year sentence for publishing if extradited to the United States. The Trump administration has gone from denigrating journalists as ‘enemies of the people’ to now criminalizing common practices in journalism that have long served the public interest. WikiLeaks founder and Editor Julian Assange’s extradition is being sought by the Trump administration for publishing US government documents which exposed war crimes and human rights abuses. He is being held in maximum security HMP Belmarsh in London.

There is a war on journalism – Julian Assange is at the centre of that war. If this precedent is set then what happens to Assange can happen to any journalist.“The Indictment of Julian Assange… is a threat to the press and the American People.”
– Glenn Greenwald, Pulitzer Prize-winning journalist

“What Julian Assange is being targeted for is the same or similar as many journalists have done…it’s surprising to me that more people can’t see that this case has worrying implications for all journalists”
– Alan Rusbridger, former editor-in-chief of The Guardian

“Assange is charged with asking for information, with receiving information, and with publishing information. And I don’t mind saying that those are exactly the things that I do.”
– Barton Gellman, Pulitzer Prize and Emmy Award-winning journalist

Join us this Sunday 4 October for a viewing of the new film
The War on Journalism: The Case of Julian Assange
We gather at 7 p.m Central Time via Zoom.
Email me for URL
Markjchmiel@gmail.com

The Prophetic, the Socratic, and the Democratic

Pat Geier, a dear friend in Louisville, once told me of one of her favorite adages that dated back to the civil right movement: “If you see a good fight, get in it!”  In his latest book, Democracy Matters, Cornel West, a professor of religion and philosophy at Princeton University, is calling on Americans to get in a good fight:  To save democracy in the United States and to resist the empire of the United States.  West may be criticized for preaching to the choir, but there are times like this past week, with the inauguration of George W. Bush, that “the choir” itself may need to be succored, exhorted and challenged.  West offers hopeful reminders, passionate summonses, and critical analysis.

West identifies three grave threats to democracy in the United States.  First is a free-market fundamentalism, in which the market is our reigning idol, before which we must bow, with all other human values and considerations (like that old Catholic teaching of the common good) deemed irrelevant.  It is just such fundamentalism that the global justice movement against corporate globalization seeks to delegitimize. Second, West notes an aggressive militarism that bodes ill for democratic prospects in our country.  Daily, we see the costs of this aggression in the U.S. occupation of Iraq, most recently in the destruction of Fallujah.  But just last week, Seymour Hersh published  an article in the New Yorker reviewing the serious attention the U.S. is giving to going after Iran next.  A third danger to our democratic values is what West terms an escalating authoritarianism, which, in the context of the supposed decades-long war on terrorism, results such perilous measures as the Patriot Act.   END_OF_DOCUMENT_TOKEN_TO_BE_REPLACED