The Imperative To Remember 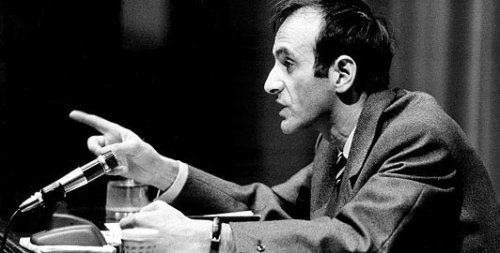 Anyone who does not actively, constantly engage in remembering and in making others remember is an accomplice of the enemy. Conversely, whoever opposes the enemy must take the side of his victims and communicate their tales, tales of solitude and despair, tales of silence and defiance.
–Elie Wiesel, Against Silence, v.2 [1977]

… it is still possible by patient reconstruction of the factual record to know the truth about what happened in Gaza. Out of respect for the memory of those who perished during Operation Cast Lead, this truth must be preserved and protected from its assassins.
–Norman Finkelstein, Gaza: An Inquest into Its Martyrdom [2018] END_OF_DOCUMENT_TOKEN_TO_BE_REPLACED

But most men, it seems to me, do not care for Nature and would sell their share in all her beauty, as long as they may live, for a stated sum—many for a glass of rum. Thank God, men cannot as yet fly, and lay waste the sky as well as the earth! We are safe on that side for the present.
–Henry David Thoreau 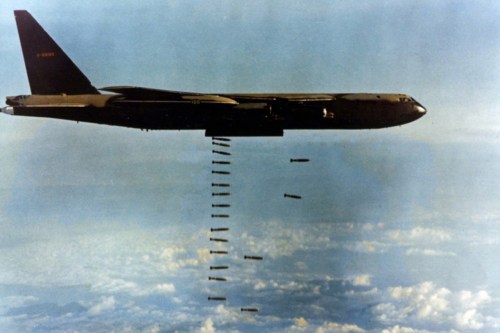 Inspired by Diana Raab, Writers and Their Notebooks

I read Raab’s book right about the end of my time at SLU. Moving on to Maryville University, I found a way to assign Natalie Goldberg’s Bones book in my Humanities classes—mandatory composition (wide-ruled) notebooks. I also started teaching my own classes off-campus, typically with a writing (hence, notebook) theme.

1.
How can we imagine a notebook?

Next month will mark the 50th anniversary of one of the very few well-known atrocities committed by U.S. forces in Vietnam. Compare mainstream coverage of this anniversary with the following …

Michael Bilton and Kevin Sim, Four Hours in My Lai  (New York: Penguin Books, 1992).
Seymour Hersh, My Lai 4: A Report on the Massacre and Its Aftermath (New York: Random House, 1970).

On March 16, 1968, over a hundred men of the Army’s Charlie Company of the Americal Division entered the village of Mỹ Lai and murdered over five hundred people, overwhelmingly women, children, and old men.  A military cover-up of the mass murder ensued. Lieutenant William “Rusty” Calley was the only member of the company or of the higher command who received any punishment, initially, a sentence of life imprisonment with hard labor, which became three and a half years under house arrest, after which he was released. Some in the Army were relieved as the Mỹ Lai massacre was eventually termed a “tragedy,” later to be viewed as an “incident.” END_OF_DOCUMENT_TOKEN_TO_BE_REPLACED

A Feat of Reading and Writing

[T]he sheer enormity of what took place between 1933 and 1945 beggars our powers of description and understanding. The more one studies this period and its excesses, the more one must conclude that for any decent human being the slaughter of so many millions of innocents must, and indeed should, weigh heavily on subsequent generations, Jewish and non-Jewish…. there is no reason at all, in my opinion, not to submit oneself in horror and awe to the special tragedy besetting the Jewish people. As an Arab in particular I find it important to comprehend this collective experience in as much of its terrible concrete detail as one is capable: this act of comprehension guarantees one’s humanity and resolve that such a catastrophe should never be forgotten and never recur.
—Edward W. Said, Al-Ahram Weekly, 1997

Charles Reznikoff immersed himself in more than 20 volumes of transcripts from World War II war crimes trials and the Eichmann trial. Out of that intense reading of thousands of pages came Holocaust, a book of poetry in 12 sections comprising 88 pages published in 1975. END_OF_DOCUMENT_TOKEN_TO_BE_REPLACED

A while back, I was sitting outside at RISE with a young Irish-Jewish American friend who asked me, when I showed her a particular chapter in Dear Layla Welcome to Palestine, “Who is Abbie Hoffman?”  It was a pleasure to send her such excerpts from his autobiography:

“Later, when I, as well as others, marched on Washington or Chicago, we carried with us the lessons that the local power structures had fought us tooth and nail—that racism was ingrained in the system. We also realized that the lessons came in spite of our formal education. (My critique of democracy begins and ends with this point. Kids must be educated to disrespect authority or else democracy is a farce.)”

“There are lots of secret rules by which power maintains itself. Only when you challenge it, force the crisis, do you discover the true nature of society. And only at the time it chooses to teach you. Occasionally you can use your intellect to guess at the plan, but in general the secrets of power are taught in darkened police cells, back alleys, and on the street. I learned them there.”

Clara  Bingham has done a riveting oral history of many of Abbie Hoffman’s peers  from the Sixties, focusing in particular on the year 1969-1970 in Witness to the Revolution: Radicals, Resisters, Vets, Hippies, and the Year  America Lost Its Mind and Found Its Soul.  Here’s her thesis: “Whether rebelling against the draft, the atrocities of the war, police and FBI repression, the conformity of the 1950s, the sexist, racist establishment, or all of the above, the movement in the final years of the sixties threatened the entire power structure of American society and transformed the country.”  Bingham’s book will remind baby boomers and instruct their grandchildren as to how people’s experiences then may still speak to the wars being waged in our name today. END_OF_DOCUMENT_TOKEN_TO_BE_REPLACED

The civilized have created the wretched, quite coldly and deliberately, and do not intend to change the status quo; are responsible for their slaughter and enslavement; rain down bombs on defenseless children whenever and wherever they decide that their “vital interests” are menaced, and think nothing of torturing a man to death: these people are not to be taken seriously when they speak of the “sanctity” of human life, or the “conscience” of the civilized world.

We will use every necessary weapon of war. Americans should not expect one battle, but a lengthy campaign unlike any other we have ever seen.

Every nation in every region now has a decision to make. Either you are with us or you are with the terrorists. I’ve put the armed forces on alert and there is a reason: The hour is coming when America will act and you will make us proud.

This is the world’s fight, this is civilization’s fight. The great achievements of our time and great hopes of all time, now depend on us.

The course of this conflict is not known, yet its outcome is certain… and we know that God is not neutral.

What is hateful to thee, do not do unto thy fellow

It is indeed human nature to hate the man whom you have injured.

Two years later, when I went to the United States to explain the suffering of the Vietnamese people and to plead for peace in Vietnam, I saw a woman on television carrying a wounded baby covered with blood, and suddenly, I understood how the American people could continue to support the fighting and bombing. The scene of the television was quite different from the reality of having a bleeding baby in my arms. My despair was intense, but the scene on the television looked like a performance. I realized that there was no connection between experiencing the actual event and watching it on the TV screen while sitting at home in peace and safety.  People could watch such horrible scenes on TV and still go about their daily business — eating, dancing, playing with children, having conversations.  After an encounter with such suffering, desperation filled my every cell.  These people were human beings like me; why did they have to suffer so?  Questions like these burned inside me, and, at the same time, inspired me to continue my work with serene determination.  Realizing how fortunate I was compared to those living under the bombs helped dissolve any anger or suffering in me, and I was committed to keep doing my best to help them without fear.

I have been in Palestine for two weeks and one hour now, and I still have very few words to describe what I see. It is most difficult for me to think about what’s going on here when I sit down to write back to the United States. Something about the virtual portal into luxury….I think about the fact that no amount of reading, attendance at conferences, documentary viewing, and word of mouth could have prepared me for the reality of the situation here. You just can’t imagine it unless you see it—and even then you are always well aware that your experience of it is not at all the reality: what with the difficulties the Israeli Army would face if they shot an unarmed U.S. citizen, and with the fact that I have money to buy water when the army destroys wells, and the fact, of course, that I have the option of leaving. Nobody in my family has been shot, driving in their car, by a rocket launcher from a tower at the end of a major street in my hometown.