One of the Early Influences on “Dear Layla”

We could be like two people who inject themselves with truth serum and at long last have to tell it, the truth. I want to be able to say to myself, “I bled truth with her,” yes. That’s what I want. Be a knife for me, and I, I swear, will be a knife for you: sharp but compassionate, your word, not mine. 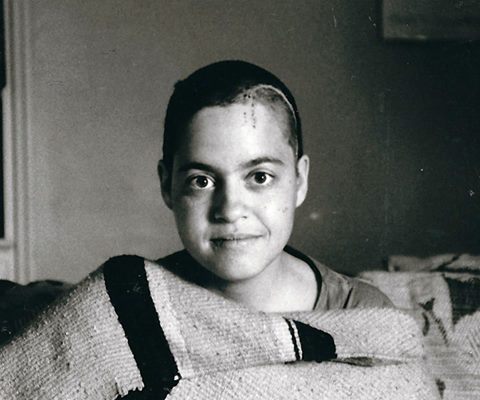 “I have an energetic personality. I love and want to get along with people. I am unusually joyous. I have strong convictions. My weaknesses are the flip-sides of my strengths. I can be domineering and not invite others. My extrovertedness can squelch others’ initiatives. I often interrupt others in heated discussions. Often times I am proud rather than grateful. I am prone to seek admiration.”

I came to the U.S when I was five months old, and attended public schools, made friends, and played sports my whole life. I will be speaking about the two key issues facing the integrated and undocumented population of immigrants in the United States: health and education. I love this country, and it has always been my home, and I feel a great deal of patriotism for America. However, I realized, even though I blended in with my friends, my undocumented status created barriers to my future of pursuing a higher education. I will also share about my mother’s fight with an invasive and vicious breast cancer and how her undocumented status eliminated her chances of survival. As the election looms over our everyday lives, I believe the fear and anxiety among some communities must be shared with everyone.

I graduated from Saint Charles High School in 2016, and am attending Maryville to study Biology. I hope to pursue a career in medicine, and eventually work with the Peace Corps or Doctors Without Borders. I love to play soccer, watch John Oliver, and spend time with my girlfriend.

Please park at the west end of Gibson or on Taylor Avenue, or on the 4400 block of Chouteau.

At my wake or funeral
With a big smile on your shining-with-sri face
Announce: “Happy Continuation Day, Shimmelstoy!”

We were just sitting there talking when Peter Maurin came in.

We were just sitting there talking when lines of people began to form, saying, “We need bread.” We could not say, “Go, be thou filled.” If there were six small loaves and a few fishes, we had to divide them. There was always bread.

We were just sitting there talking and people moved in on us. Let those who can take it, take it. Some moved out and that made room for more. And somehow the walls expanded.

We were just sitting there talking and someone said, “Let’s all go live on a farm.”

It was as casual as all that, I often think. It just came about. It just happened.

I found myself, a barren woman, the joyful mother of children. It is not always easy to be joyful, to keep in mind the duty of delight.

The most significant thing about The Catholic Worker is poverty, some say.

The most significant thing is community, others say. We are not alone anymore.

But the final word is love. At times it has been, in the words of Father Zossima, a harsh and dreadful thing, and our very faith in love has been tried through fire.

We cannot love God unless we love each other, and to love we must know each other. We know him in the breaking of bread, and we are not alone any more. Heaven is a banquet and life is a banquet, too, even with a crust, where there is companionship.

We have all known the long loneliness and we have learned that the only solution is love and that love comes with community.

It all happened while we sat there talking, and it is still going on.

Ale Vazquez sent me this text and photo:

Mev in my room–I just put them up yesterday! And now when I look at them I think of you and Mev and Angelica and México and la lucha and como estoy/estamos manifestando el derecho de vivir en paz and loved ones that make my heart happy

You could make a fortune.

I feel like I have a wealth of strange and unique band names inside of my brain. So I am going to share some.

–Brandon Sampson  recently finished his Master’s at the University of Chicago.

Zenique was in the summer Writing Rejuvenation class, and she contributed to our rejuvenation in several ways.  She gave me permission to share the following.

I was in Africa for less than a week when I encountered their Jesus: made up of carved marble or sculpted plaster painted peach with darker tresses that graced his robed shoulders.  If he weren’t statuesque, he was seated at a table with his attendants, bread and wine and enclosed within a frame and hanging on a wall in a cathedral vestibule.  His hands were always open and reaching out—the invitation, I suppose.  There were always Bibles readily available too—in English, Luganda, Kinyarwanda, French, and Lusoga—sometimes more accessible than fresh meats or vegetables, rice or beans for a meager meal.   The Holy Book, usually emblazoned with a foreign version of the title in gold on the front of the black cardboard-like cover.  The cover—black like the sun-kissed African peoples, black like their sins—this cover was the singular thing from the imported religion that resembled them.

The intern was in the middle of a discussion about cultural encounters when she asked Marianne to share her story.  Already quite popular, Marianne, a pretty blonde that was somewhere between surfer and Barbie, had a big laugh and a larger than life American way about her.  I was sitting in the back of the room nibbling at a new fruit that I discovered— a mix between a tomato and a passion fruit with a sweet-tart flavor once bitten into—when the golden girl started talking in her high-pitched voice. END_OF_DOCUMENT_TOKEN_TO_BE_REPLACED

“Dear God, I am fourteen years old. I am I have always been a good girl.
Maybe you can give me a sign letting me know what is happening to me.”
Alice Walker, The Color Purple

“And none will hear the postman’s knock Without a quickening of the heart. For who can bear to feel himself forgotten?” ~W.H. Auden

“Appreciation is the sacrament.”
—Allen Ginsberg

“A letter always seemed to me like immortality because
it is the mind alone without corporeal friend.”
—Emily Dickinson

I am always delighted when I hear from one of my young friends that she is thrilled to get mail sent to her residence.  Such a grateful person is likely to thrill others by writing  letters to her friends. END_OF_DOCUMENT_TOKEN_TO_BE_REPLACED