Last night, twenty of us gathered to discuss Mev’s The Struggle is One: Voices and Visions of Liberation. People ranged in age from 20 to 65; some of us knew Mev personally, others had read or heard about her. The context in which many of us first read the book in 1994 has changed, for example, U.S. war-making reached new levels of destruction in Iraq and Afghanistan.

Mev went to Brazil to bring back the perspectives and stories of some ordinary yet also exemplary Brazilians committed to the preferential option for the poor and a life based on solidarity. Last night I wondered: What if a Brazilian came here to interview people who were consciously in opposition to our own nation’s global empire of military bases, corporate depredations, and cultural propaganda? How would we answer her questions about how we made a preferential option for our victims, which span the planet? What does solidarity mean to us? What changed us? What’s changing us? How is our commitment manifested in our daily lives? Can we say about ourselves, as Gandhi said straightforwardly about himself, “My life is my message”?

Here are a few passages I culled in my latest rereading of Mev’s “writing project that has changed our world” (thanks, Jenn), perspectives that sting, goad, and enliven the imagination…

Lori Altman: It seems that in the U.S. and Europe there’s a loss of meaning—people have everything, but they don’t have a dream! They don’t have anything to hope for! In this sense, I think they’re extremely anguished because, in clinging to their wealth, they become extremely isolated. They protect themselves from others to preserve what they possess.

Silvia Regina: By no means do we want to make a pact with this system. Along with other grassroots movements, we’re struggling for a radical change in the capitalist system.

Carlos Mesters: The poor, just by the fact that they are poor, without saying anything to us, tell us, “The way the world is organized is wrong, because there’s no place for us. We are equal to you.”

Tereza Calvacanti: An important discovery is gratuity. That is, giving time and space for what’s not anticipated, what comes from God, from the future. Availability—not being a prisoner to our projects and plans. And hospitality. This is an important  quality and character of our people. Their houses are always open!

Clodovis Boff: I also do yoga and Tai Chi.

Clodovis Boff: The important thing is what side you’re on, in what direction do you put your strength as a professor, a doctor, a land owner, a businessperson.

Leonardo Boff: For me, this dualism betrays the utopia of Jesus.

Ivone Gebara: I have the impression that most people from the rich or middle-classes feel sorry for the poor, but this sorry doesn’t go very far. Ultimately, people want to save their own skin and have their place in the sun. I’m convinced of the terribly urgent necessity for the rich and middle-class to open up to a more human dimension of their own riches, which, most times, are made from the direct or indirect exploitation of the poor.

Dom Pedro: Now it’s easy for the empire, for capitalism, for the dictators to condemn only the struggle of the poor and to forget about the root of all violence—the institutionalized violence of the very empire.

Dom Pedro: When I begin to understand that every other person, every poor person is an equal to myself, I can no longer retain my privileges, because to do so would be robbery. I cannot merely give donations, I must pay back what I owe. There’s a difference. 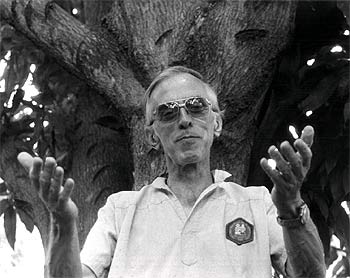