Rabbi Nachman of Bratzlav: “The world says that stories are good to put a person to sleep, but I say that with stories you arouse people from sleep.”

Three passions, simple but overwhelmingly strong,
have governed my life:

the longing for love, the search for knowledge,
and unbearable pity for the suffering of mankind.

Sick Of/2 by Katie Murphy

A few weeks ago, I reposted a writing practice–topic: Sick Of–by Katie Madges.  Katie Murphy commented that she’d write her riff on the same topic. 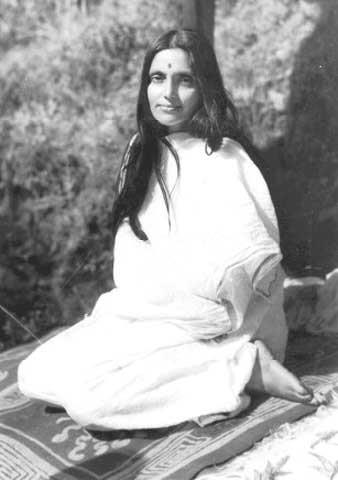 I love you. You are a miracle in progress. It is always the beginning. I am the US, the WE, the collective and I stand for love, for conviction in the path that leads to it, for hope in all humanity taught by Mother Nature herself who blesses us with a new sunrise each day, a chance to learn from our past and find our paths. Humanity is God, the soul that resides within us all. You are God. You are God, my deepest conviction. I believe there is another level behind what we believe to be “selfish” or “greedy”. All deserve forgiveness. They, us, the same, I. Heaven, perhaps is here, right here on Earth, admist the chaos, for this is how we’ll find each other and when we look deep enough we’ll see reflections of ourselves. We will have found the path of love, of self, when we become dream figures in the waking life of another.

An Evening with Danielle Mackey

We invite you to join us in welcoming Danielle Mackey back to St. Louis!

An alum of the Casa de la Solidaridad program and Saint Louis University (2008), Danielle has worked in El Salvador with the Share Foundation, the Colegio  Maya, and, currently as a freelance journalist. She is  beginning a major project, “Narratives and the Power of the Organized Transnational Majority.”

Our friends at Sophia House–Maria, Katie, and Annie– are happy to host a potluck dinner and discussion with Danielle on Tuesday 3 July, beginning at 7 p.m.  Katie will make delicious vegan lasagna; the rest of us can contribute what we are able. Sophia House is located at 4547 Gibson Avenue in Forest Park Southeast (63110).

Danielle will begin sharing about her living  and working in El Salvador at 7:45.  She would love to hear people’s own joys and struggles from our experiences, too.

If you have questions, write me back!

O my Lord, Thou knowest that the desire of my heart is to obey Thee, and that the light
of my eye is in the service of Thy court. If the matter rested with me, I should not
cease for one hour from Thy service, but Thou hast made me subject to a creature.[1]

One of Rabi’a’s early biographers, Farid Al-Din A’ttár, said of her,
That one set apart in the seclusion of holiness, that woman veiled with the veil of
religious sincerity, that one on fire with love and longing, that one enamoured of the
desire to approach her Lord and be consumed in his glory, that woman who lost herself
in union with the divine, that one accepted by men as a second spotless Mary — Rabi’a
al-‘Adawiyya, may God have mercy upon her.[2]

Serving-girl:
“It’s Spring, Rabi’a —
Why not come outside,
And look at all the beauty God has made!”

Rabi’a:
“Why not come inside, instead, serving girl
And see the One who made it all —
Naked, without veil.[3] END_OF_DOCUMENT_TOKEN_TO_BE_REPLACED

Our novel this month is by Lebanese writer, Hanan al-Shaykh, The Story of Zahra. Hala Abdelaziz will facilitate our discussion.

Please join us and bring a friend!

Some background: Hanan Al-Shaykh is a Lebanese novelist, short-story writer, journalist, and playwright. She was born in Beirut in 1945 and brought up in Ras al-Nabeh, a conservative and unfashionable sector of the city. She first attended al-‘Amiliyyah’s traditional Muslim girls’ primary school and then the more sophisticated al-Ahliyyah School. By the age of 16, she had already published essays in the newspaper al-Nahar. Between the years 1963 and 1966 she studied at American College for Girls in Cairo. Between 1966 to 1975, she was back in Beirut working in television as well as a journalist for Al-Hasna’ — a women’s magazine — and then for al-Nahar, before turning to write fiction. In 1976, Hanan left Lebanon because of the civil war. She lived in Saudi Arabia until 1982 and eventually moved to London where she currently lives with her family.

Hanan has published numerous novels and short stories and is considered a major force in Arabic Literature. She is one of the leading contemporary women writers in the Arab world and has established critical success of her books in the United States and Europe. Her novels, which are all written in Arabic, have been translated into English, French, Dutch, German, Danish, Italian, Korean, Spanish, and Polish.